The House of the Seven Gables Celebrates 100 Years 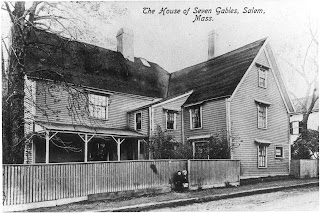 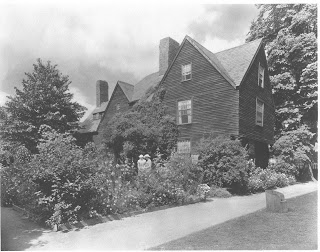 This panel exhibit examines the 1863 battle to save the Hancock House in Boston. Although the building was ultimately lost, its demolition served as a call to action to save countless other threatened architectural marvels nationwide. The exhibit also highlights one of the first preservationists, William Sumner Appleton, whose concern over how quickly historic buildings were disappearing throughout New England resulted in his founding the Society for the Preservation of New England Antiquities (now Historic New England). In the last century, the preservation movement has evolved to include not only saving buildings, but conserving land and shorelines, downtown revitalization and the preservation of entire neighborhoods. Included in the exhibit are artifacts and photos from The House of the Seven Gables’ collection illustrating Gables’ founder Caroline Emmerton’s efforts to save this nationally recognized historic landmark.

A lecture will accompany the exhibit at The Gables on Sunday, March 28, 2010 at 2:00pm. This lecture, the first in the Seven Lectures at Seven Gables series scheduled during this centennial year, is titled The Life and Legacy of William Sumner Appleton. Historic Preservation Team Leader Wendy Price from Historic New England will use materials from Historic New England’s collection to explore in greater detail the impact of Appleton’s early preservation work. Ms. Price will also address Caroline Emmerton’s role with the then Society for the Preservation of New England Antiquities both as a board member and to move two threatened buildings to the grounds of The Gables: The 1682 Hooper-Hathaway House and the 1655 Retire Beckett House.
Tickets for the March 28th lecture The Life and Legacy of William Sumner Appleton are $10 for non-members, $5 for members of The House of the Seven Gables, Historic New England and The Salem Athenaeum. For tickets to the lecture, please call The House of the Seven Gables at 978-744-0991 ext. 104.
About the photographs
Both were provided by The House of the Seven Gables. The top image was made from Turner Street in the late nineteenth century. The bottom image shows the Turner-Ingersoll Mansion and gardens circa 1940
Posted by Kate Fox, Destination Salem at 11:15 AM