Mark your Calendars for Summer in Salem 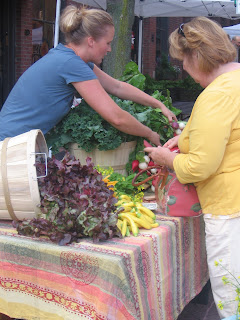 engage participants of diverse backgrounds and ages by reaching out to current art patrons, local students, and the community at large.

Salem Farmers Market Thursdays, 3:00 - 7:00 PM June 17 – October 29 Derby Square (between Front Street and Essex Street), Salem
Get a taste of history in Salem this summer! The Salem Farmer’s Market opens on June 17th and will be open on Thursday evenings during the growing season. We expect ten farms to be selling fresh produce, seafood, eggs, and baked goods. Artists and vendors will be selling unique treasures, soaps, scarves, and more. New this year: Asian vegetables, Preserves, Cheese! More than 38,000 people shopped the Salem Farmers' Market in 2009, and we can't wait for it to open for 2010. 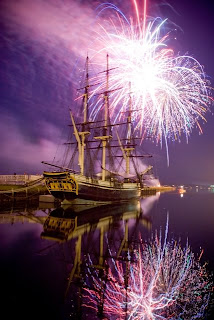 National Historic Site
Celebrate the 4th in Salem with the Dirk Hillyer Festival Orchestra! Bring a picnic and blanket and enjoy the concert, the fireworks, family programming, and an old fashioned New England Independence Day celebration!

Salem Jazz and Soul Festival and Berklee Summer Series Summer Series: Saturdays: May 8, June 12, July 10, August 14, 5-7 pm at Derby Square Festival: August 21-22, 2010 at Salem Willows
Experience that vibrant music scene that is Salem in the Summer! The festival will build on rich jazz history adding soul, blues and funk to the mix. A series of free concerts with a conclusion at the Salem Willows. The festival will spotlight the wealth of talented musicians on the North Shore and already has attracted thousands of fans! 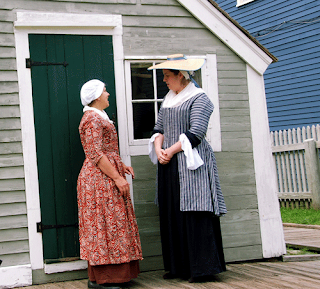 climb aboard vessels from another era, create crafts that hearkens back to long ago. Past Maritime Festivals have included kite making, forging demonstrations, Revolutionary War reenactments, fish print making, and demonstrations from artisans and crafters.

Salem Heritage Days August 6-15, 2010
Celebrate the heritage of Salem! This perennial favorite features Mayor’s Night Out, restaurant sampler, ice Cream festival, pizza contest, Essex Street Fair, the Salem Maritime Festival, a dog show, movies on the Common, kids’ events at the YMCA, music on the Common, the Witch City Triathlon, and a finale of fireworks! The complete schedule will be posted on Salem.com in July. 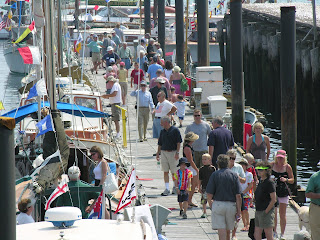 11am – 3pm Hawthorne Cove Marina, 10 White St., Salem, Massachusetts
Elegant yachts from yesteryear will sail into Salem Harbor for the 28th Annual Antique & Classic Boat Festival on August 28-29. Forty vintage sailboats and motor yachts from the 1880s – 1960s are expected to be on display at Hawthorne Cove Marina in Salem, Massachusetts over the weekend. Mostly wood and privately owned, vessels range from skiffs and dories to sleek mahogany runabouts and cabin cruisers to all manner of sailboats. Known for their hospitality, many boat owners invite the public aboard their boat for a personal tour. Some adorn their craft with period décor and fetching flower arrangements.

Posted by Kate Fox, Destination Salem at 11:51 AM