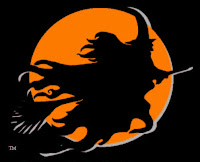 The 27th Annual Salem Haunted Happenings will conclude with an original sound and light show produced by VDA Productions, Inc., of Somerville, MA. The closing ceremony will combine music, light, and movement soaring into the night sky followed by a fireworks finale over the North River. The entire event will provide a exciting, unique conclusion to Salem’s Haunted Happenings festival and Halloween night.

In addition to the finale, bands and DJs will be situated throughout the downtown on Halloween night, including the very popular Undercover Band on Front Street and Grateful Ted on Hawthorne Boulevard. All public music will end at 10:15, and audiences will be encouraged to venture toward the finale on Washington Street before leaving Salem via MBTA or private transportation at the conclusion of Salem Haunted Happenings and the Halloween Festivities, which will be at 11:00 PM.

Read the story about the Halloween finale in The Salem News.

Posted by Kate Fox, Destination Salem at 10:18 AM