Signs of Spring in Salem

Oh, my goodness! The sky is blue! It is not raining, pouring, or drizzling. It is sunny and bright. It feels like weather's own April Fool's Joke.

Here are some signs of Spring I encountered along Essex Street today. 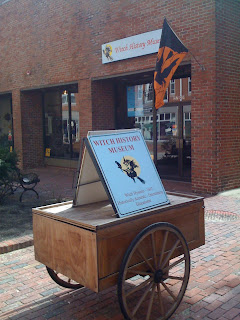 The Witch History Museum is open (as is the Witch Dungeon and the New England Pirate Museum). 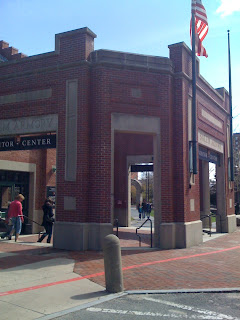 I couldn't resist taking a picture of the visitor center, with people walking in and out, blue sky above and daffodils blooming below.

While inside the visitor center, somebody asked, "Is this National Park Service?" with a bit of disbelief in their voice. Yes, indeed, sir. It is. The National Park Service Salem Maritime National Historic Site includes the regional visitor center at 2 New Liberty Street and a campus on Derby Street that includes three wharves, six buildings, a replica tall ship, and a light house.

Here's a did you know for the day: Salem Maritime National Historic Site was the first national historic site designated by the National Park Service. Salem's maritime heritage is just that good! 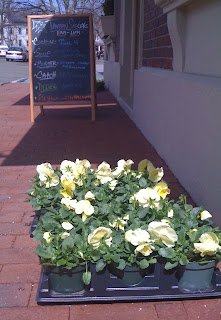 The crew at the Hawthorne Hotel were planting pansies, so I know its spring. The Tavern is featuring a cocktail this week called The Final Four. Go, team! 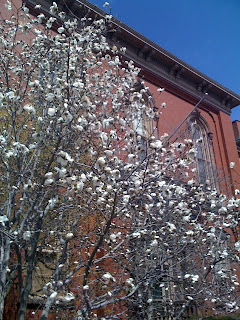 And this is our favorite Dogwood tree in Salem. It is in front of the Phillips Library at the Peabody Essex Museum. It clearly speaks of spring.

Send me your pictures of Spring in Salem, and I just might post them. kfox @salem.org.
Posted by Kate Fox, Destination Salem at 1:56 PM