The House of the Seven Gables has inspired a lot of people to do a lot of things. It inspired Nathaniel Hawthorne to write a novel, it inspired Caroline Emerton to use its historical signifinance to operate the settlement house, it has inspired many brides and grooms who have married in the gardens, it inspired Brunonia Barry's new novel, The Map of True Places, and now it has inspired two new lines of fabric.

This is really exciting and unique. It is a fantastic new way to connect with this remarkable historic landmark.

Here is the scoop from The Gables: 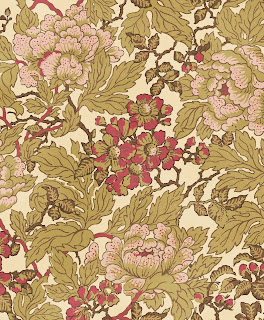 In recognition of their centennial anniversary, The House of the Seven Gables has collaborated with Blue Hill Fabrics to produce two fabric lines inspired by architectural and decorative motifs found inside and outside the Mansion over the past three centuries. Blue Hill fabrics presented the first line at the International Quilt Market in Minneapolis in May and will unveil the new line locally at The House of the Seven Gables on Sunday, June 27, 2010 at 2:00pm in the fourth of the Seven Lectures at Seven Gables series, Creating Fabric Inspired by History, Place & Time.

Formed in August of 2009 by Roger Roby and Dan Weidmuller of Windham Fabrics, Blue Hill Fabrics demonstrates a devotion to superior quality fabrics, offering quilting basics, vintage reproduction fabrics and contemporary trend-setting styles. After several visits to The Gables and archival research, Roby and Weidmuller will ultimately create two lines: the first based on interior motifs including historic wallpaper and the second to be presented at the International Quilting Market in Houston this October will be based on exterior architectural details.

“There are 100 years of wallpaper samples in our archives,” says Anita Blackaby, Executive Director at The House of the Seven Gables. “They represent a variety of stylistic periods; everything from Jacobean to Oriental.” 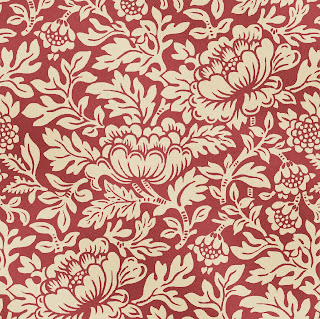 In addition to introducing the first of The Gables fabric lines, Roby and Weidmuller will also discuss the history of fabric in the United States and Europe, exemplifying how modern fabric making techniques reflect past advancements in textile production.

The fabric lines inspired by The Gables will be available to the public in the fall of 2010. A portion of the proceeds generated from the fabrics will go to the House of the Seven Gables to fund its community service efforts in Salem.

Email ThisBlogThis!Share to TwitterShare to FacebookShare to Pinterest
Labels: salem ma, the house of the seven gables