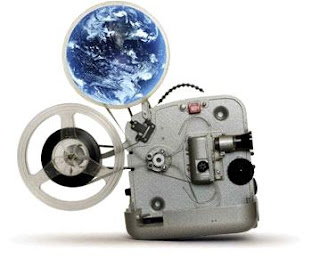 The Salem Film Fest Committee has released the film selections for this year's festival, held at CinemaSalem February 26-March 5.

The festival selection committee has chosen 22 films from nearly 55 entries sent from all over the world. The selections include Boston area, New England and East Coast premieres. Fifteen of the filmmakers from the 22 features have expressed interest in attending, which makes for rich filmmaker discussions and after-party experiences.

"The films we chose for this year's festival are as entertaining and thought provoking as last year, when audiences loved the lineup," said Joe Cultrera, Salem-based award-winning filmmaker who headed up the selection committee.

"It's an eclectic mix – documenting the lives of heavy metal rockers, an oppressed artist, a caring doctor, circus performers, scientists and beauty queens. You can travel a good portion of the planet through these films - to Chile, Australia, the Amazon, the Ukraine, Antarctica, Cairo, China, New Orleans, Argentina, Tibet and more.

They explore the human experience, what we do to the Earth and to one another. We're extremely proud to bring the great work of these filmmakers to Salem and we are lucky that so many of them want to travel here to join us for discussions. It's a great way to show off Salem to them and to bring the lives and stories they have documented to Salem."

Recycling, air pollution and environmental chaos are some of the issues that permeate this year's lineup in a Cairo trash heap, stories about a Middle Eastern cardboard collector, West Virginian mountain top coal mining and hurricane ravaged New Orleans in "Trouble the Water," the Sundance Grand Jury Prize winner of 2008. This year, a few films will run continuously at CinemaSalem's new Little Theatre, a cozy 20-seat screening room, reserved for independent, documentary and foreign films.

Besides the films centered on issues, there are a number of beautifully told stories that are alternately amusing, uplifting and disturbing. For a complete listing of the 2009 films and a festival schedule, check out salemfilmfest.com. Highlights of the festival will likely include:

Archeology of Memory: Villa Grimaldi – A beautifully crafted, poignant and important story that explores healing through art, following exiled musician Quique Cruz from the San Francisco Bay Area to Chile and back, as he creates a multimedia installation and musical suite to heal his wounds inflicted by state-sponsored torture of the Pinochet regime. Read more about this East Coast premiere at http://www.archeologyofmemory.org/.

In a Dream – Jeremiah Zagar documents the career of his father, artist Isaiah Zagar who spent 30 years covering Philadelphia with grand-scale mosaics. The filmmaker is confronted with an unexpected and harsh reality. Mental illness, infidelity, sexual abuse and addiction are some of the jagged pieces that make up the mosaic of Isaiah Zagar's life. Read more about this Boston area premiere -- on this year's Oscar documentary shortlist – at http://www.inadreammovie.com/.

Life, Support, Music – The story of one of New York City's most sought-after guitarists after he suffers a brain hemorrhage during a Manhattan concert. Against doctor's predictions, with the help of his family and pregnant wife, Jason Crigler began a long, grueling, implausible and mystifying journey. Read more about this North Shore premiere, featuring the now Cambridge-based musician, at http://www.lifesupportmusic.org/.


More about the Salem Film Fest

The festival began in 2008 as the dream of Salem native and award-winning filmmaker Joe Cultrera and CinemaSalem owner Paul Van Ness. The organizing committee includes members of the North Shore business and arts community, as well as several educators and those from the film industry.

The quickly organized 2008 festival was well received by audiences and filmmakers alike. Because festival selections are underwritten by corporate sponsors, the Salem Film Fest is able to pay filmmakers. Participating hotels and inns also provide free and discount accommodation.

In it's first year, audiences watched 28 films from around the world, many of them attended by the filmmakers. At the end of the festival, The Salem Film Fest presents an Audience Award and a Jury Prize, voted on by a distinguished panel of judges from the community. Last year's Audience Award winner was the feature-length documentary "Buddha's Lost Children" about a Thai Buddhist monk who - armed only with his faith and skills and master boxer skills - wages an inspirational battle to help orphaned children and preserve a vanishing way of life. The film's Dutch director visited Salem and sent back a video of himself at Logan Airport, receiving news of the award.

The purpose of the Salem Film Fest is to bring entertaining and educational multi-cultural documentary films to the North Shore and promote awareness of pressing global issues.
Posted by Kate Fox, Destination Salem at 11:40 AM