The Biggest Loser speaks in Salem 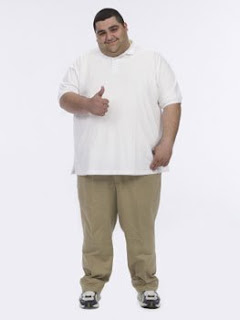 Neil Tejwani, who lost hundreds of pounds on NBC's The Biggest Loser, will be speaking at Old Town Hall in Salem tonight - Wednesday, January 14th at 7:00 PM.

Neil Tejwani appeared as a contestant in the fourth season of the NBC reality television series The Biggest Loser. He is 25 years old and hails from . Upon earning his

degree and graduating from

in , he pursued a career as a chemical engineer. He has been described as eloquently clear with his words, as well as possessing a practical set of worldly smarts and a down-to-earth, straightforwardly honest manner. However, he has suffered from obesity throughout his life, and is now determined to cut down the pounds and become healthier.

This event is free to the public. It is presented by Salem Park, Recreation & Community Services.

Posted by Kate Fox, Destination Salem at 10:36 AM