"By His Excellency's Command:"
General Gage and the British Army in Salem 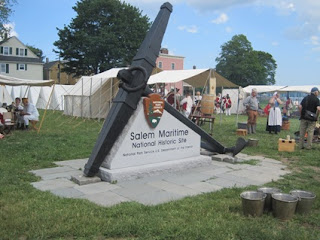 They are encamped at Salem Maritime, the National Park in Salem, to be specific.  Salem is the happy host to a British encampment this weekend.  The encampment commemorates the arrival of General Thomas Gage in Boston in June, 1774. Gage was dispatched to move the capitol of Massachusetts to Salem, where the King hoped cooler heads would prevail over increasing troubles in Boston.  By the end of the summer, there were two regiments of regulars encamped around Salem, and the legislature had defied Gage's authority, and set about creating the Provincial Legislature, independent of Royal Government. 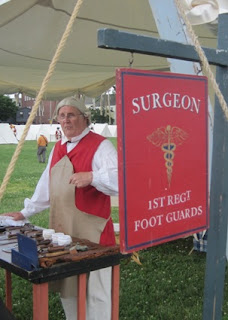 Salem Maritime and the Center for 18th Century Life at Minute Man National Historic Park have teamed up to invite some of the best reenactors in Massachusetts to give a taste of what Salem was like in the summer of 1774.*

The encampment began on Saturday, and continues through Sunday.  Sunday's schedule is:

It is wonderful to walk through the camp and talk with the reenactors, see the meat and bread cooking in the fires, and watch demonstrations in the field. 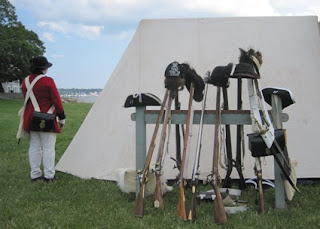 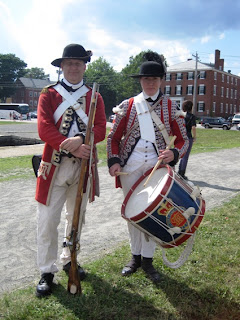 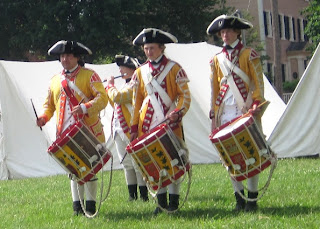 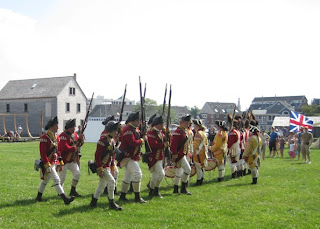 *Copy adopted by the schedule and program distributed by the National Park Service at Salem Maritime.
Posted by Kate Fox, Destination Salem at 8:39 PM