Here are a few pictures of the awesome Fourth of July celebration hosted by the City of Salem at the Salem Maritime National Historic Site last night. I think Congressman Tierney had the quote of the night when he said, "People had to go to Boston tonight because they couldn't get into Salem!"

This was the eleventh annual Salem Celebrates the Fourth. I hope to see you back on Derby Wharf next year. 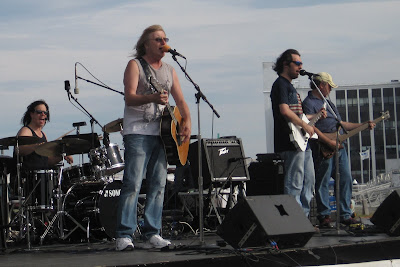 Above: Britannica warms up the crowd with classics from the Sixties and Seventies. (And there was much dancing.) 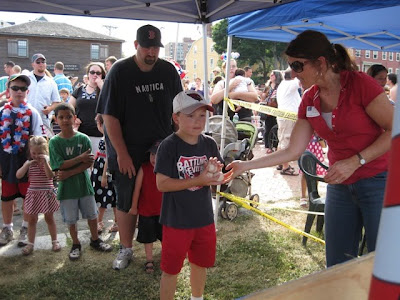 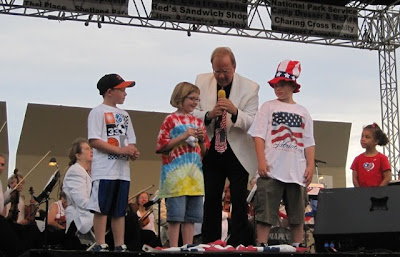 Above: The Hillyer Festival Orchestra takes the stage, and opens (after the National Anthem) with kids conducting. 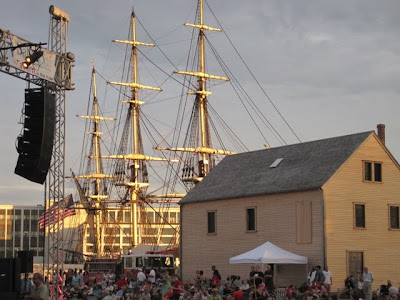 Above: Beautiful light on the tall ship Friendship and Pedrick's Store House. 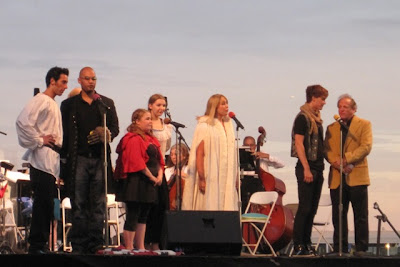 Above: Cast members from the Summer Theatre at Salem production of Into the Woods entertain the crowd during intermission. (Into the Woods opens on Thursday.) 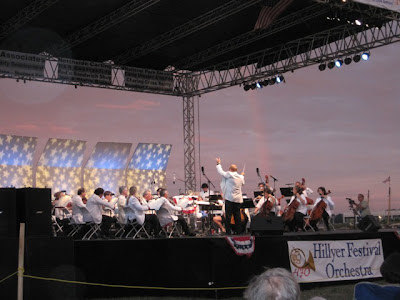 Above: YES, that is a rainbow. It was a spectacular night on Derby Wharf. 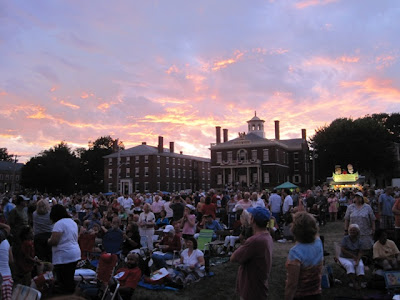 Above: The crowd and a beautiful sunset over the Custom House.

I didn't take any fireworks pictures, but they were spectacular. It was a Top Ten night in Salem.


Posted by Kate Fox, Destination Salem at 8:59 AM